Wireclub is a great chat site as long as you don’t mind paying for your access. Most of the features that they offer are going to be cut off from free users. You also have to go through the trouble of verifying your e-mail address to sign up in the first place. It doesn’t take long, but it’s an extra step that you can cut out elsewhere. It all depends on the level of involvement that you want to put into your chat site. The benefit here is that the requirement of an e-mail address tends to keep people away who just want to troll. 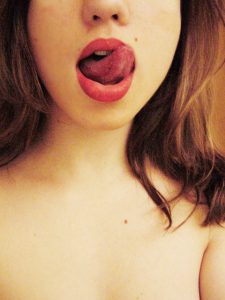 Variety of rooms on Wireclub

You can really find a chat room dedicated to anything that you want to talk about. There are rooms dedicated to people over a certain age. There are also rooms that are dedicated to games and nothing more. Naturally, there are also dating and sex room that you can spend your time checking out. You won’t really have to rely on putting in the work to find people who are into the same things as you. They’re already in the appropriate rooms and you can just head right in whenever you want.

You can make it your business to find one or two people that you really want to talk to. Then you can send along a private message and see if they’re interested in talking to you. That means you don’t have to spend all of your time talking in the public rooms. A one on one conversation is always a lot easier to maintain than a conversation in a crowded room. You’re very likely to get a response because the users are very active. They love to get into new topics and talk all about different things.

The entire site looks good and works very well. Problems are going to be few and far between. That doesn’t mean they don’t happen, though. Luckily, you have an option to get it ready. Wireclub is run by both employees and an army of volunteers. They go out of their way to make sure you get your issue resolved as quickly as possible. Wireclub is not a free site, after all. You should be able to rely on the people you’re paying to make sure you can use the site. They make sure that happens.

There are a lot of fake profiles

One thing that you’re going to notice is the number of fake profiles on the Wireclub. There tends to be a lot of them. Companies feel that they can easily create fake profiles to get you to click on links. Some are going to be dangerous and others are just going to be selling you something. It’s nothing that you haven’t come across before. As long as you know how to keep yourself safe online, you’ll be fine. It’s pretty much the same thing across most chat sites out there.

The one place where the site fails to garner a following is the dating section. It turns out that a lot of people just head into the rooms to see what’s going on. They don’t say anything and neither do the other people who are doing the same thing. The result is a room with people constantly coming and going and a few of them talking about anything. There are plenty of other options for you out there for dating, though. This is mostly a site for people who just want to chat about different subjects.

The game section is where it really shines

Most of the traffic is relaying to gaming rooms. This where people talk about games and play them with each other. It’s a lot of fun and there are a lot of people doing it. It’s a great way to introduce yourself to everything the people have to offer. You can see how conversations usually go and how many of them are active talkers. If you’re into games, then this may be one of the best chat sites that the internet has to offer. It should be high on your list of places to check out.

You need to pay to send private messages

One thing to keep in mind is that you have to have a gold membership in order to send private messages. You won’t be away from talking in the public rooms. You just won’t be able to have a one on one conversation. It can be frustrating if you want to make sure you get along with the people on the site. You’ll have to pay to find out and that’s never really a good thing to have to deal with.

Most profiles have pictures

Since people are paying, they usually take the time to fill out their profiles. You’ll be able to see pictures and read all about them. It’s a much easier way to figure out who you want to talk to. You can see what a person looks like and make sure that you’re both into the same thing. It saves a lot of time in the long run and makes the experience much smoother. Full profiles can be a tough thing to find on other chat sites. The people here make sure that they put in the effort to introduce themselves.

Try it as a free user

You definitely want to at least check Wireclub as a free user. Make sure that the chat rooms that get used the most are the ones that you like. Once that happens, you can be comfortable with upgrading your membership. You can’t really find a better site if it has the things that you want. It’s running well and you’ll always have customer service to fall back on in case anything ever goes wrong for you. Get into some conversations and see if it gels with what you’re looking for. Then you won’t want to look back.